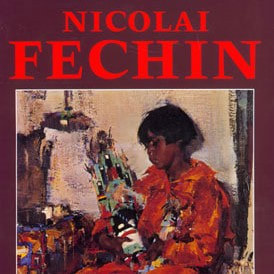 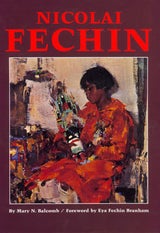 Born in Kazan, the last stronghold of the Tartars on the upper Volga River, Nicolai Fechin was well on his way to an art career before he entered his teens. Following an decade long art apprenticeship he and his family came to the United States. Fechin painted in New York, Taos, and Santa Monica. After immigrating to New York he relocated to a more suitable climate in Taos. Fechin's career flourished in the American Southwest, where his presence launched a dramatic rebirth of the artist's colony in New Mexico. He became well known for his refined style, his portraits of prominent Americans and his portrayal of indigenous American culture. Primarily interested in people he left a superb visual record of men, women and children.