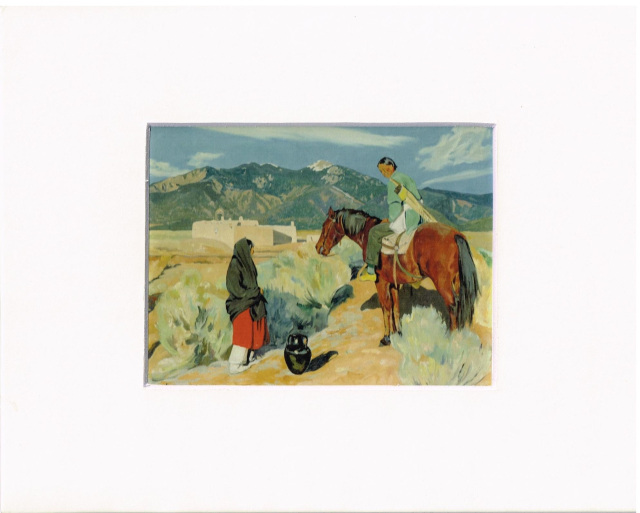 This print of December Evening by Taos Society of Artists (TSA) member Walter Ufer is 8" tall by 10" wide. A beautifully rendered Taos mountain frames the foreground of this painting.

Walter Ufer was born in Germany in 1876, but raised in Louisville, Kentucky. He studied painting and drawing in Chicago, Dresden, Munich, and Paris. Upon his returned to the United States, Ufer devoted himself to painting the Native Americans of the American Southwest. He joined the Taos Society of Artists in 1914, and was one of the "Taos Ten." Ufer is also known for his social activism, he helped victims of the 1918 flu epidemic and collected money for miners on strike in Madrid, New Mexico.