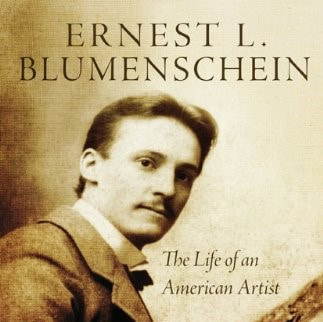 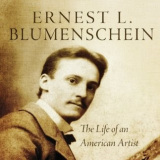 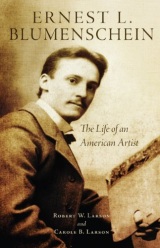 Ernest L. Blumenschein: The Life of an American Artist" by Robert W. Larson & Carol B. Larson

Few who appreciate the visual arts or the American Southwest can behold the masterpieces Sangre de Cristo Mountains or Haystack, Taos Valley, 1927 or Bend in the River, 1941 and come away without a vivid image burned into memory. The creator of these and many other depictions of the Southwest and its people was Ernest L. Blumenschein, co-founder of the famous Taos art colony. This insightful, comprehensive biography examines the character and life experiences that made Blumenschein one of the foremost artists of the twentieth century.

Robert W. Larson and Carole B. Larson begin their life of “Blumy” with his Ohio childhood and trace his development as an artist from early study in Cincinnati, New York City, and Paris through his first career as a book and magazine illustrator. Blumenschein and artist Bert G. Phillips discovered the budding art community of Taos, New Mexico, in 1898. In 1915 the two along with Joseph Henry Sharp, E. Irving Couse, and other like-minded artists organized the Taos Society of Artists, famous for preferring American subjects over European themes popular at the time.

Leaving illustration work behind, Blumenschein sought a distinctive place in his American homeland and in fine-art painting. He moved with his family to Taos in 1919 and began his long career as a figurative and landscape painter, becoming prominent among American artists for his Pueblo Indian figures and stunning southwestern landscapes.

Robert Larson calls Blumenschein a “transformational artist,” trained classically but drawing to a limited degree on abstract representation. Placing Blumy’s life in the context of World War I, the Great Depression, and other national and world events, the authors show how an artistic genius turned a fascination with the people, light, and color of New Mexico into a body of work of lasting significance to the international art world.