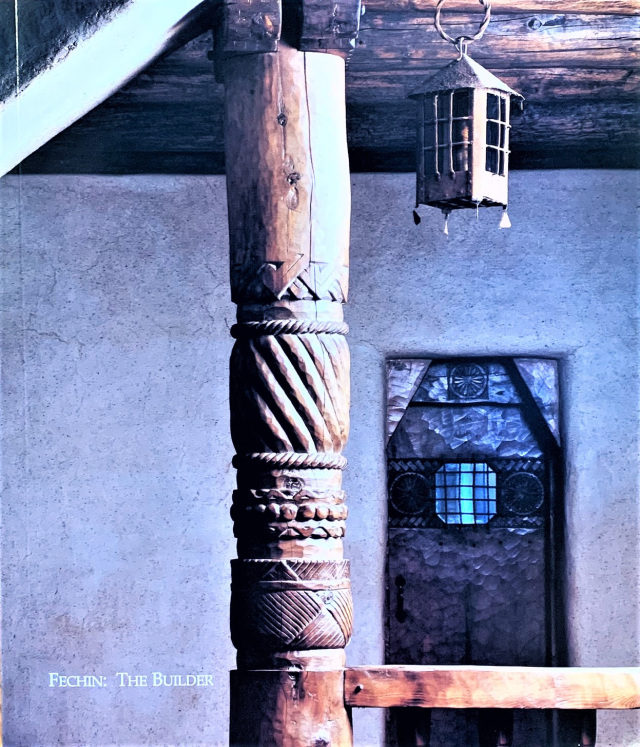 "Fechin: The Builder" by Eya Fechin with Moses Porter

Nicolai Fechin was an artist of two continents. Half of his career was spent in Russia (1881-1923), where his education, training and warmest acclaim took place. The latter part of his life and artistic development took place in America (1923-1955).

This book focuses on the incredible architecture, design, woodcarving & beauty of the house that Fechin built in Taos, New Mexico in the late 1920’s.

Fechin considered Taos his American home and it is there that "a Russian house evolved from the New Mexico mud." His ultimate architectural masterpiece is celebrated in this book.