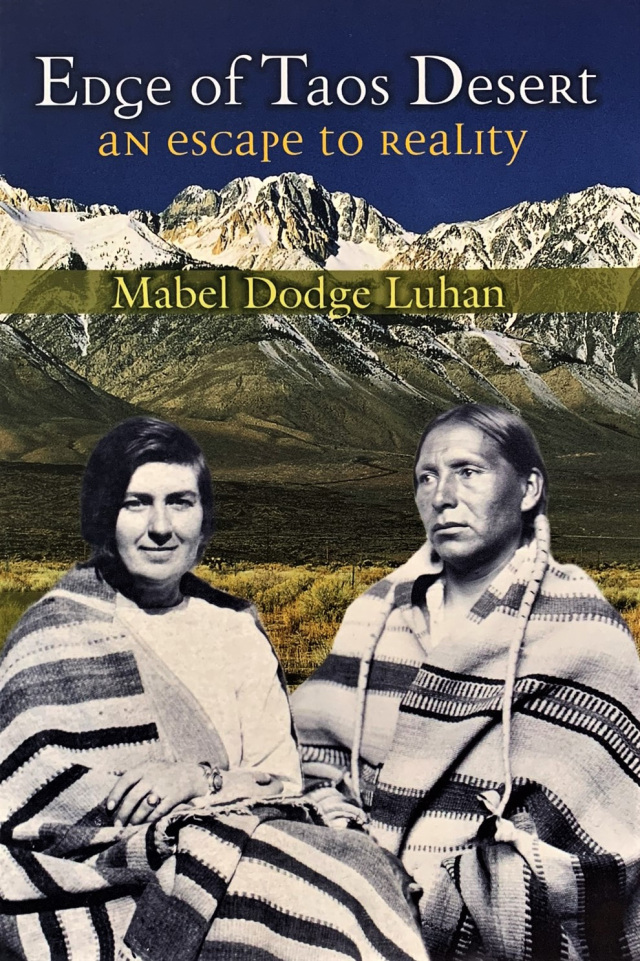 "Edge of Taos Desert: An Escape to Reality" by Mabel Dodge Luhan

In 1917 Mabel Sterne, patron of the arts and spokeswoman for the New York avant-garde, came to the Southwest seeking a new life. This autobiographical account, long out-of-print, of her first few months in New Mexico is a remarkable description of an Easterner's journey to the American West. It is also a great story of personal and philosophical transformation. The geography of New Mexico and the culture of the Pueblo Indians opened a new world for Mabel. She settled in Taos immediately and lived there the rest of her life. Much of this book describes her growing fascination with Antonio Luhan of Taos Pueblo, whom she subsequently married. Her descriptions of the appeal of primitive New Mexico to a world-weary New Yorker are still fresh and moving.

"I finished it in a state of amazed revelation . . . it is so beautifully compact and consistent. . . . It is going to help many another woman and man to 'take life with the talons' and carry it high."--Ansel Adams