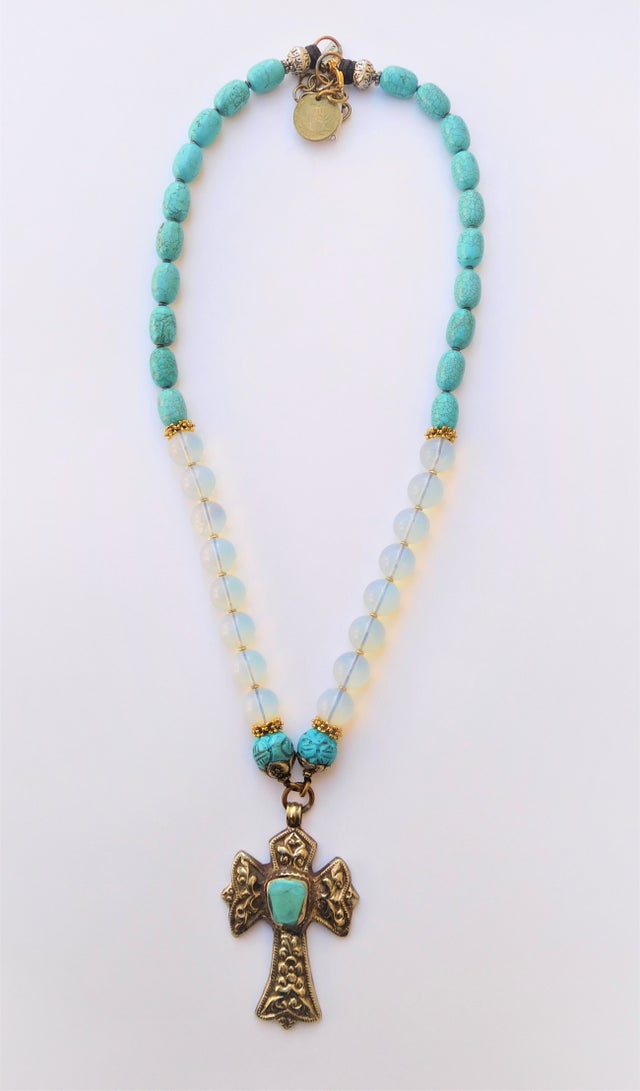 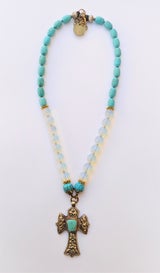 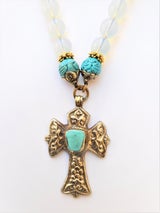 This wonderful 36" total length single strand pendant style collar by Mash Archer is made up of white opalite milkglass rounds and little loaves of crackled, stabilized turquoise, both from China. It also features a silver alloy cross pendant set with a turquoise nugget at center and carved with raised images of a blossom and foliage motifs and rose and leafy foliage is depicted on the reverse, from Tibet. End beads of lead free pewter (30% silver) from India. Granulated brass floral rings and two blue howlite rounds carved with traditional symbols and motifs in carved silver cup fittings, also from Tibet. Coin is a ten agorot from Israel.