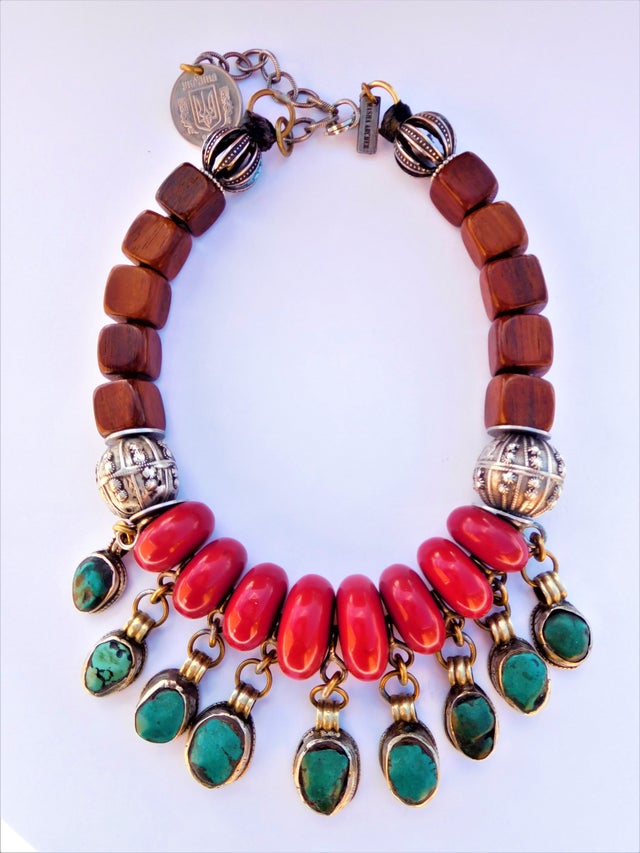 This stunning single strand collar by Masha Archer features a fringe of 9 turquoise ornaments encased in brass frames, decorated with fish and foliage motifs and 8 red copal discs, both from Tibet, antique Yemen silver bead ovals with rosewood cubes from Indonesia, silver pewter furnishings from India, as well as English bead rounds, two-sister's men's pocket watch clasp from the USA and a 5 Kopecks Ukraine 2004 coin to top it off!