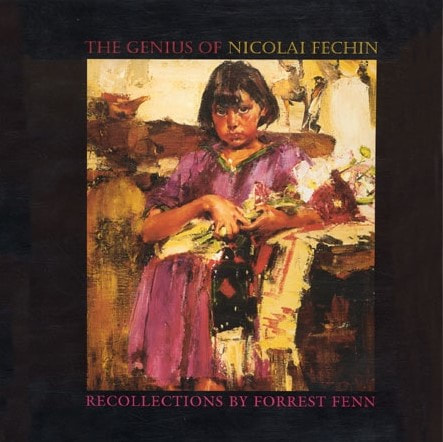 "The Genius of Nicolai Fechin: Recollections by Forrest Fenn"

Only once in several generations does an artist come along whose work so charms and titillates the human emotions as that of Nicolai Fechin. He was born in 1881 in the small village of Kazan, Russia and grew up in difficult times. In 1923, Fechin, with his wife and daughter, immigrated to America, later settling in the growing Southwestern artist's paradise of Taos, New Mexico.

This book is more about Fechin as human than about his genius at the easel. It explores teh depth of his personality, his loves, his successes, and, of course, his failings. These pages are full of words written in conversational language by a man who knew the intimacies of Nicolai Fechin, as told by his family and friends.