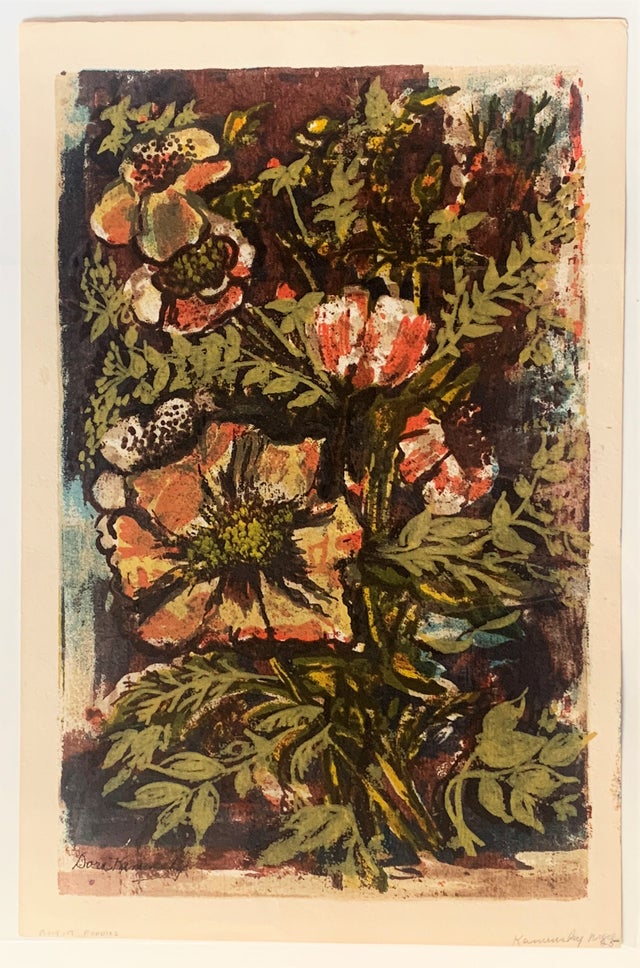 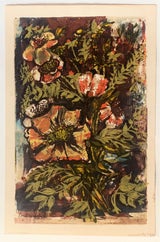 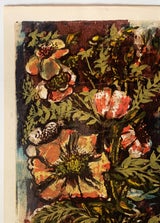 This dynamic serigraph print entitled Bouquet of Poppies by Dora Kaminsky is 19" long by 12.5" wide. Serigraphy, also known as silk screening, screen printing or serigraph printing, is a stencil-based printing process in which ink is forced through a fine screen onto the paper beneath.