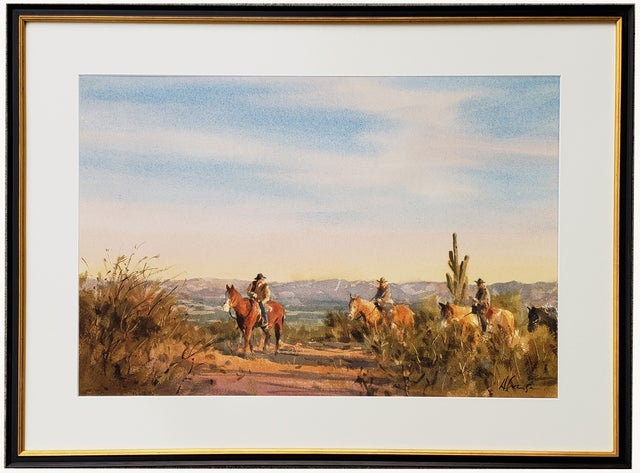 Andy Evansen’s interest in art started in childhood, and he can’t recall a time when he wasn’t drawing. He was always inspired by the watercolor paintings of British artists, and he found himself attempting to capture the landscape with the same economy of brushstroke, taking advantage of the luminosity of watercolors done in just a few washes.

In addition, he was impressed with the way those artists seemed to capture everyday scenes in such a way that revealed a hidden beauty, subjects that many would simply pass by. He has been featured in many publications and has become a sought-after workshop instructor who paints and teaches internationally. He became a signature member of the prestigious Plein Air Painters of America (PAPA) in 2012 and served as their President from 2015-2017.