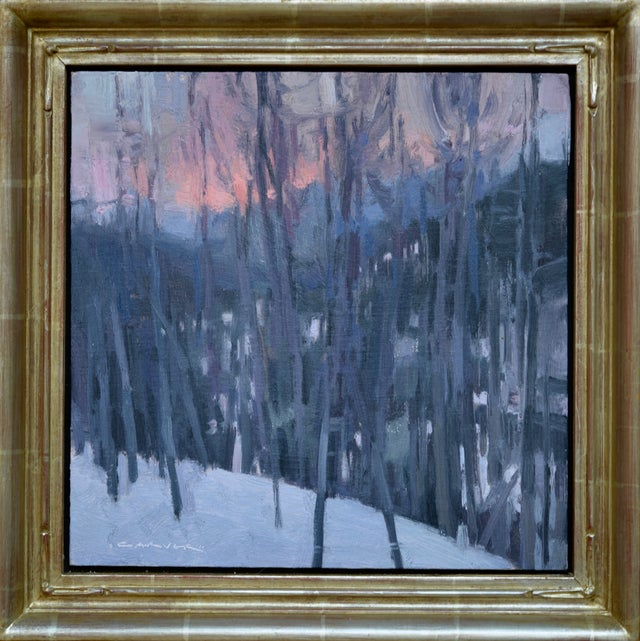 "Dawn of a New Day" by Jill Carver

Jill Carver lives in Rico, a small former mining town, nestled at 9000 feet in the San Juan Mountains of Southwest Colorado. Jill’s work has been featured in Southwest Art magazine, Plein Air Magazine, Fine Art Connoisseur, Art of the West, and Western Art and Architecture. In 2014, Jill won the Gold Medal (Artists’ Choice) for Best in Show at Maynard Dixon Country and in the same year was inaugurated as Signature Member in ‘Plein Air Painters of America’; she currently serves on the board.

Previously, she won numerous awards including: ‘Artists Choice’ at the Laguna Beach Invitational in 2009; and, at Plein Air Easton in 2008. She participated in the highly regarded Coors show in 2016 and 2017, and was invited as Guest Artist at the Northwest Rendevous Show in 2016 and 2018. She is Vice President of the Plein Air Painters of America.

Originally from London, England, Jill Carver moved to the United States in 2002. Before becoming a full time professional artist, she was a curatorial research assistant at the National Portrait Gallery in London for twelve years. She is a popular and highly regarded teacher.