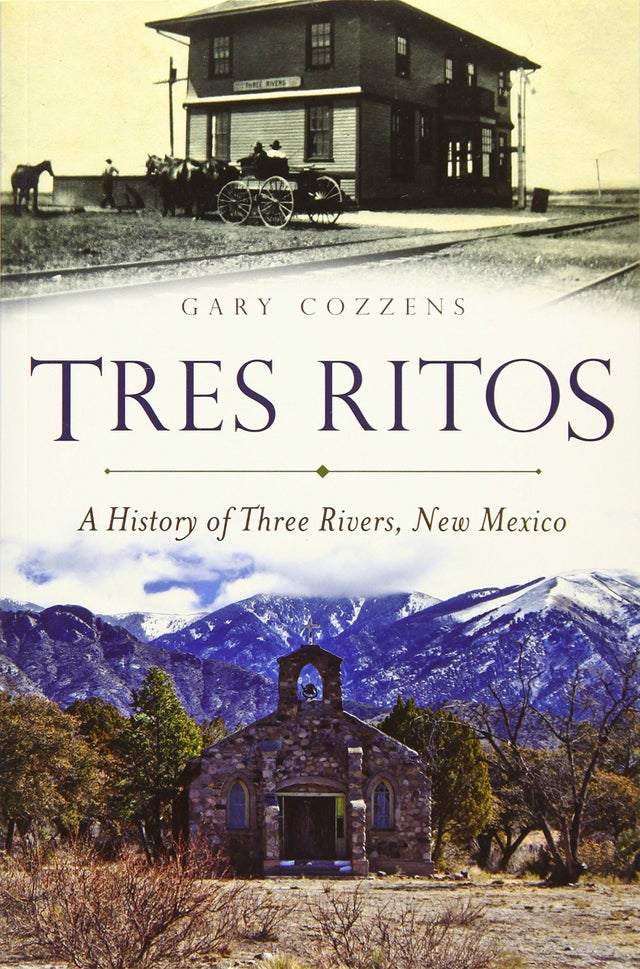 Tres Ritos was first settled by the Jornada Mogollon in AD 900, and these ancient farmers left their presence in the form of more than twenty-one thousand petroglyphs along a mile-long ridge. The valley was visited by Spanish explorers in the 1600s and became the homeland of the Mescalero Apaches about that same time. Patrick Coghlan, the "Cattle King of Tularosa," built a major ranch here with his cattle being rustled and sold to him by none other than Billy the Kid. Susan McSween Barber, the widow of Alexander McSween of Lincoln County War fame, prospered here as the "Cattle Queen of New Mexico." Albert Fall, infamous for his participation in the Teapot Dome Scandal, owned Coghlan's ranch and much more. Join local historian Gary Cozzens as he tells the story of Tres Ritos--a small but intriguing place in New Mexico history.