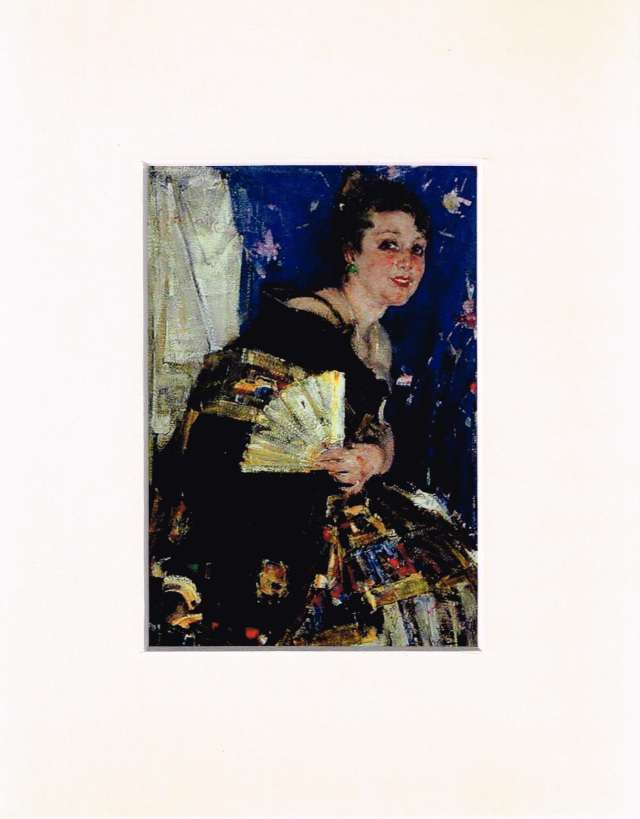 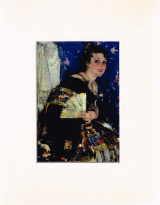 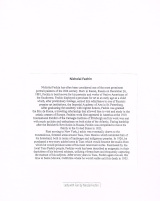 This matted print of Nicolai Fechin's Lady with Fan in 8" tall by 10" wide. It is ready to be framed and a beautiful addition to any home.

Nicolai Fechin is considered to be one of the most prominent portrait painters of the twentieth century. Born in Kazan, Russia in 1881, Fechin is best known for his portraits and works of Native Americans of the Southwest. He attended the Imperial Academy of Arts in St. Petersburg and was granted the Prix de Rome upon his graduation.

In 1923, Fechin moved his family to the United States due to the increasingly hostile Bolshevik Revolution. The family first lived in New York City but soon moved to Taos, as it reminded Fechin of his homeland. He purchased and renoavted a two story adobe home, complete with hand-crafted architectural wooden accents and furniture. The Taos Art Museum is now housed in the home he lovingly crafted. To learn more about Nicolai Fechin and the Fechin House, click here.