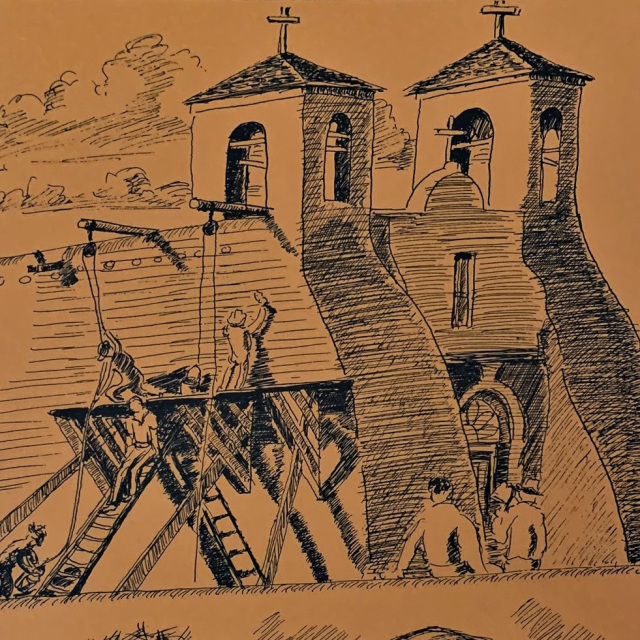 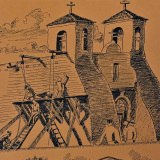 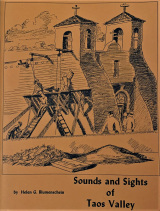 "Sounds and Sights of Taos Valley" by Helen G. Blumenschein

Helen G. Blumenschein, daughter of artist Ernest L. Blumenschein, and an artist in her own right was a chronicler of her time. In this book, she records and describes Taos, New Mexico as it was in 1972. Long an art colony, Taos had attracted many artists. By 1915 Joseph Henry Sharp, E. Irving Couse, Oscar E. Berninghaus and W. Herbert “Buck” Dunton had moved to Taos and with Ernest Blumenschein and Bert Phillips they formed the Taos Society of Artists. The six founding members were known as the “Taos Six.”

Helen grew up in this environment and recorded her impressions of Taos and the Taos Valley using “sounds” as an opening theme for this book. She then offers a personal glimpse into her world through a brief history of Taos, the archaeology of the area, and many illustrations including including sketches of such luminaries as Joseph Henry Sharp, Oscar E. Berninghaus, Frieda Lawrence, Dorothy Brett, Andrew Dasburg, Frank Waters, and Spud Johnson.